Hi there, thank you for visiting my website! I’m Koosje, and I’m an Illustrator living in Amsterdam. I love drawing and I do it every day. On this website I hope to inspire you to develop a drawing habit too. Here you will find my newest drawings and blogs, fun facts about me as an artist, and my art classes.
Draw Tip Tuesday Live! Draw Tip Tuesday – How To Draw Plants and Trees

A couple of weeks ago, I was in Berlin. It was kind of a spontaneous trip, after Sketchbook Skool fakulty member Nate Padavick told me that he and his partner Jim were staying in Berlin for about a month. He told me that “if I was in the neighborhood”, they’d love to hang out.
Well… it’s not that I really was in the neighborhood, but by plane it’s just over an hour traveling so I thought…. Well, why not treat myself on a little adventure?
So I booked a flight (could get it from miles – extra bonus!) and a hotel room and started thinking about what to bring – art material-wise.

Apart from my daily sketchbook, I decided to also bring an accordion sketchbook. They are perfect for recording adventures – like traveling.
Choosing my tools was easy: I was still in Colored Pencils mode because we were in the middle of the kourse, so I brought my pencil case filled with a mix of favorite colors of all kinds of brands. 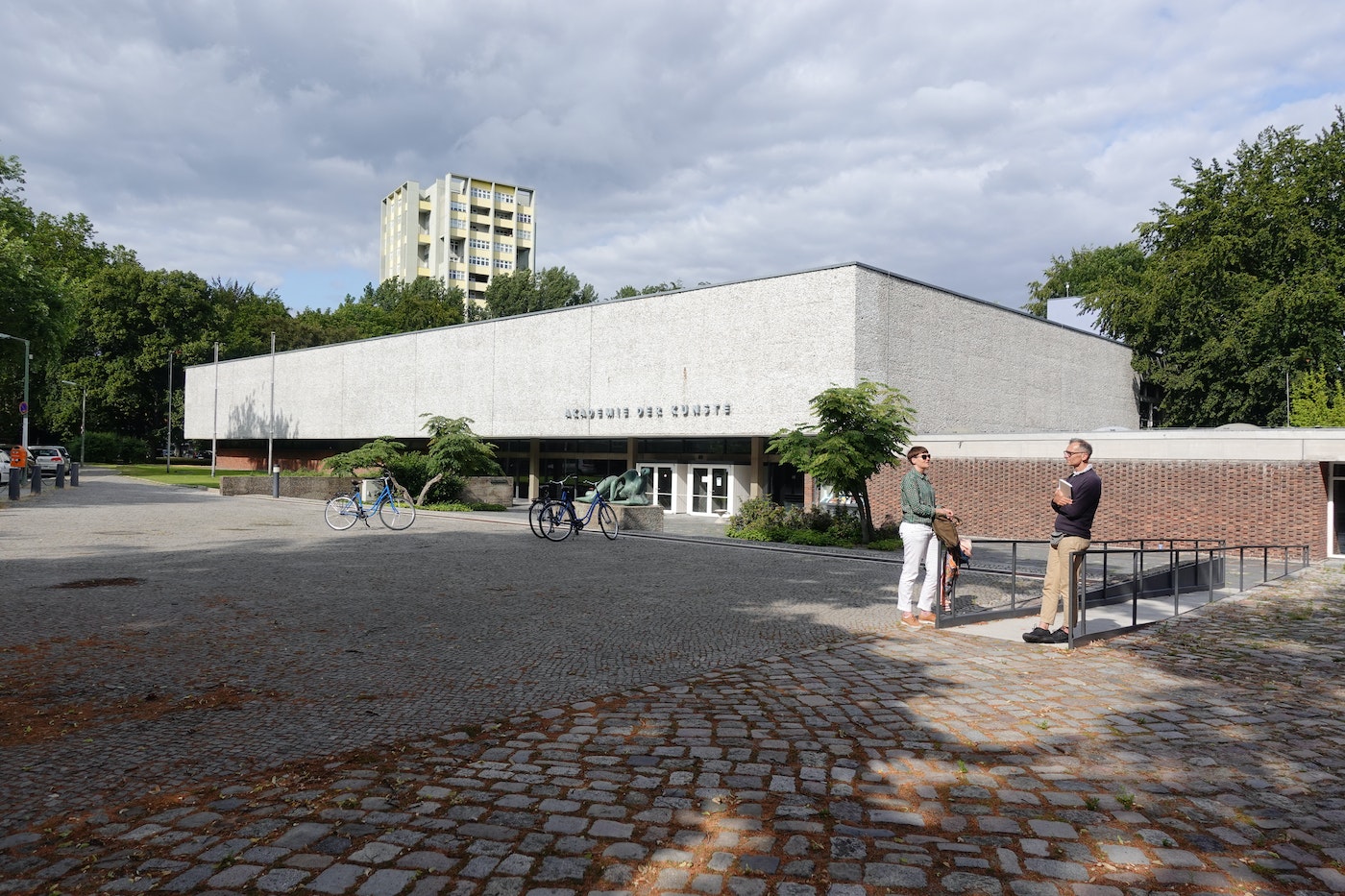 It was a fantastic weekend
Nate and Jim know Berlin well, so we rented bicycles and they guided me through Berlin by bicycle. Across the city we went – Nate came up with a route, following a trail of Brutalist architecture that we could stop at to sketch together.
And of course there were also coffees, museums, galleries, art supplies and good food involved.

Sketching is contagious
Jim even picked up paper and pencils too, and made amazing drawings of the buildings we visited.
I asked him: “do you draw often?”. His reply: “Never. I can’t draw”. And he was saying that while making amazing drawing after the other. Here’s our first set of drawings.
Jim’s is the one in black pencil. (“I can’t?” Really?) 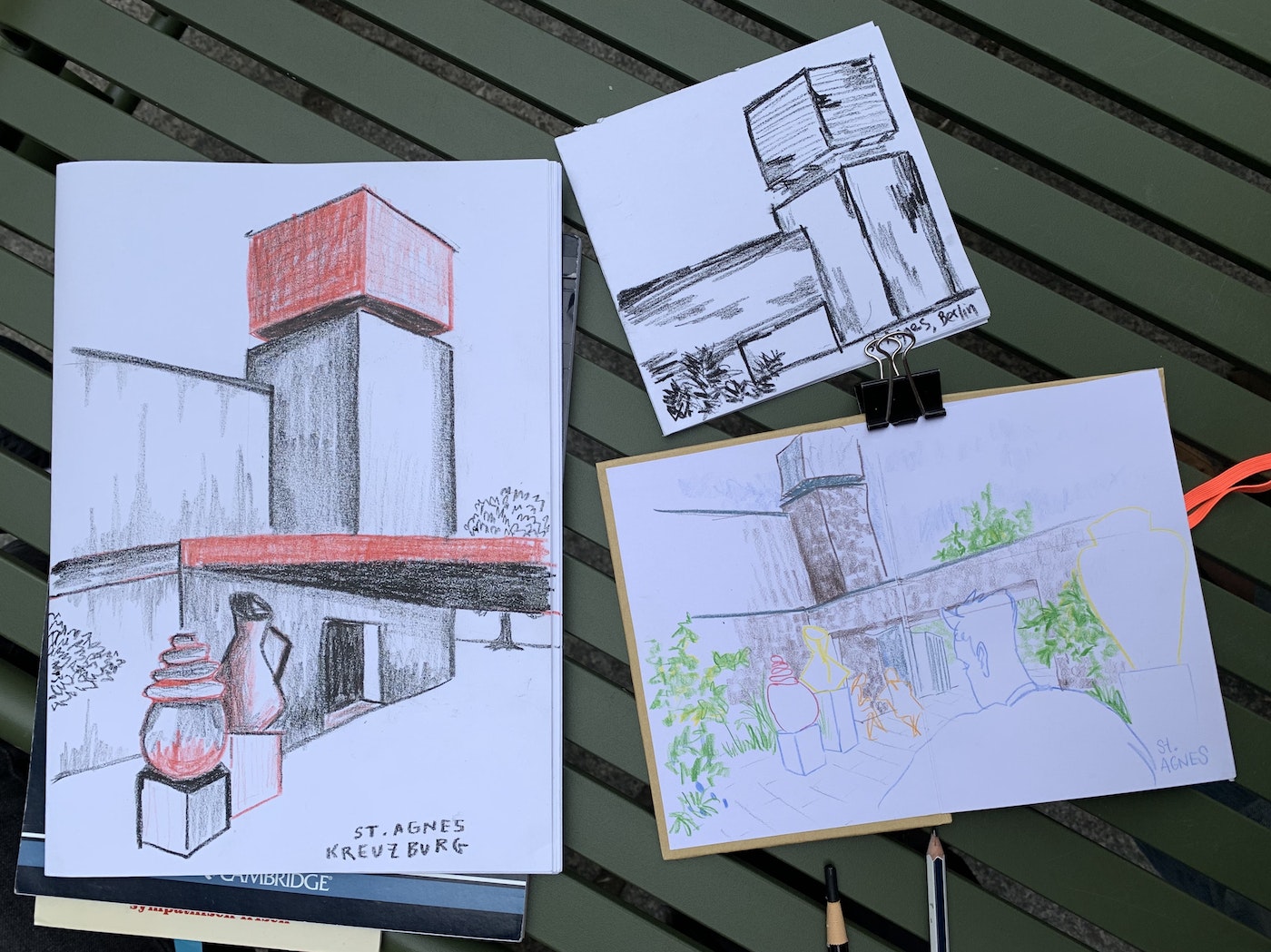 Having that route to follow on the map, finding the buildings as our landmarks was really great.
Even if we didn’t make it to all the buildings pointed out on the map, we had them as benchmarks – and the trip going there, finding our way through the streets of Berlin (no cheating with google maps!) was as much fun as finding the building and drawing it.
It’s actually pretty similar to the drawing process: it’s not about the result but about enjoying the act of drawing. 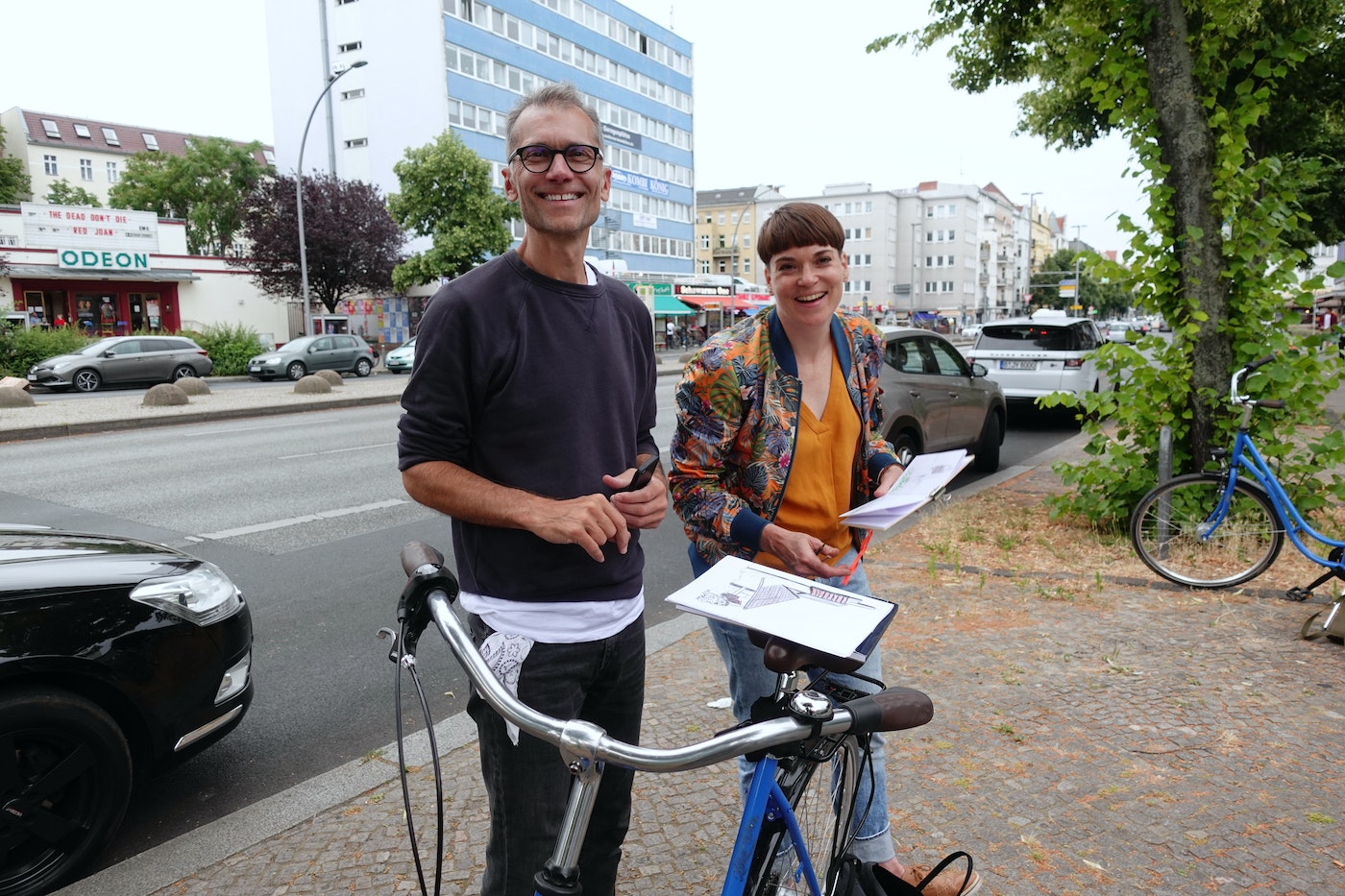 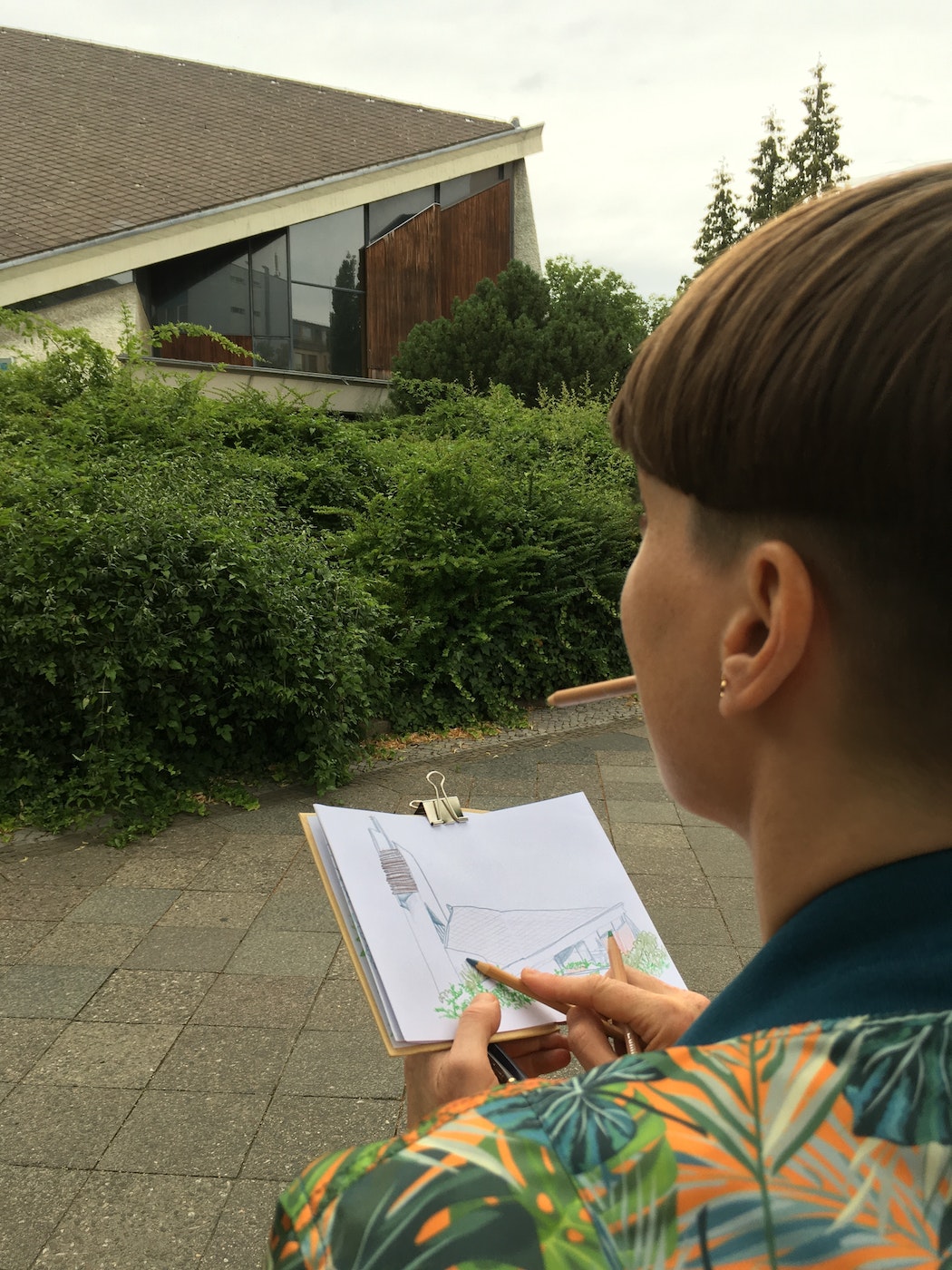 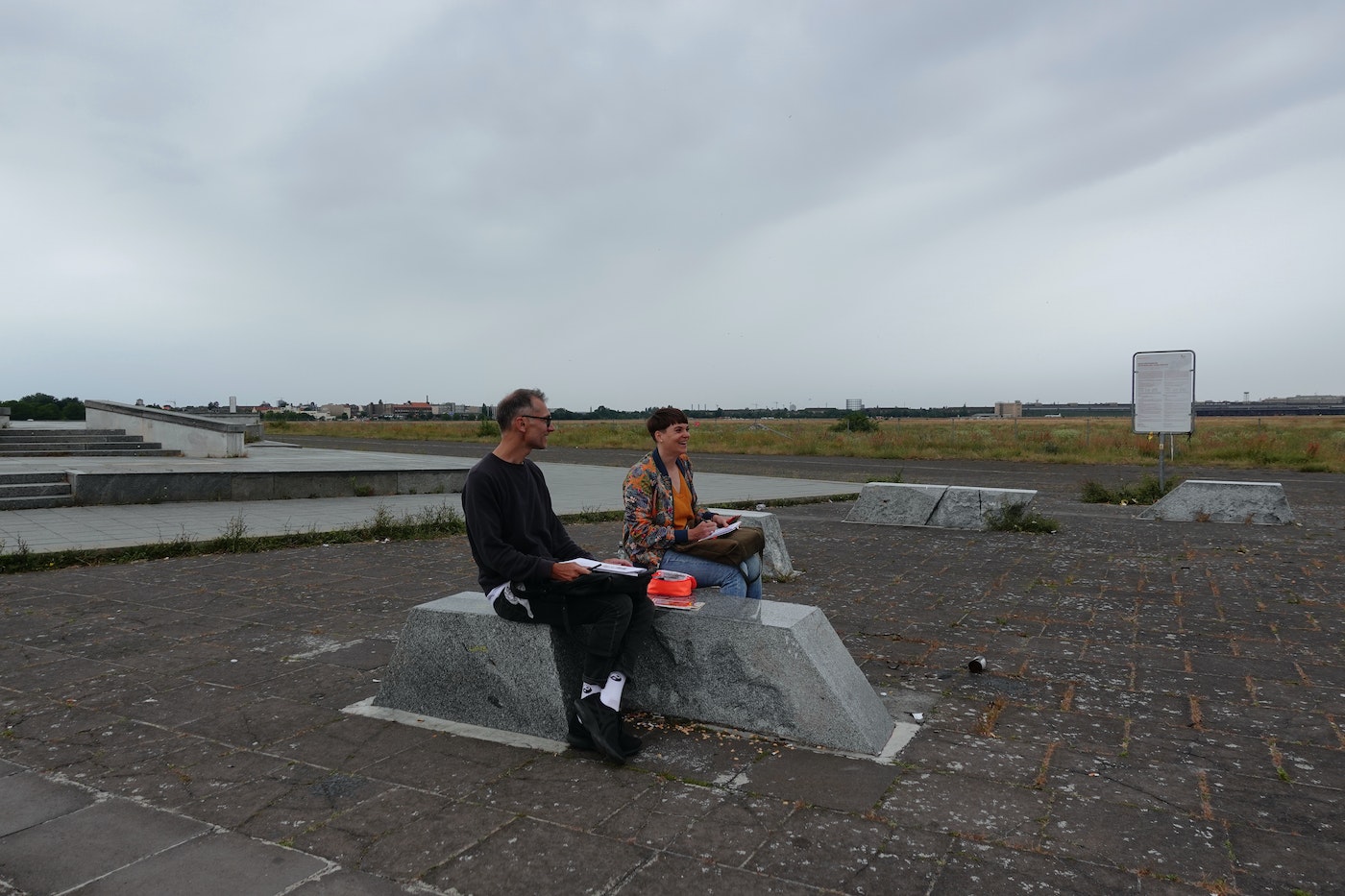 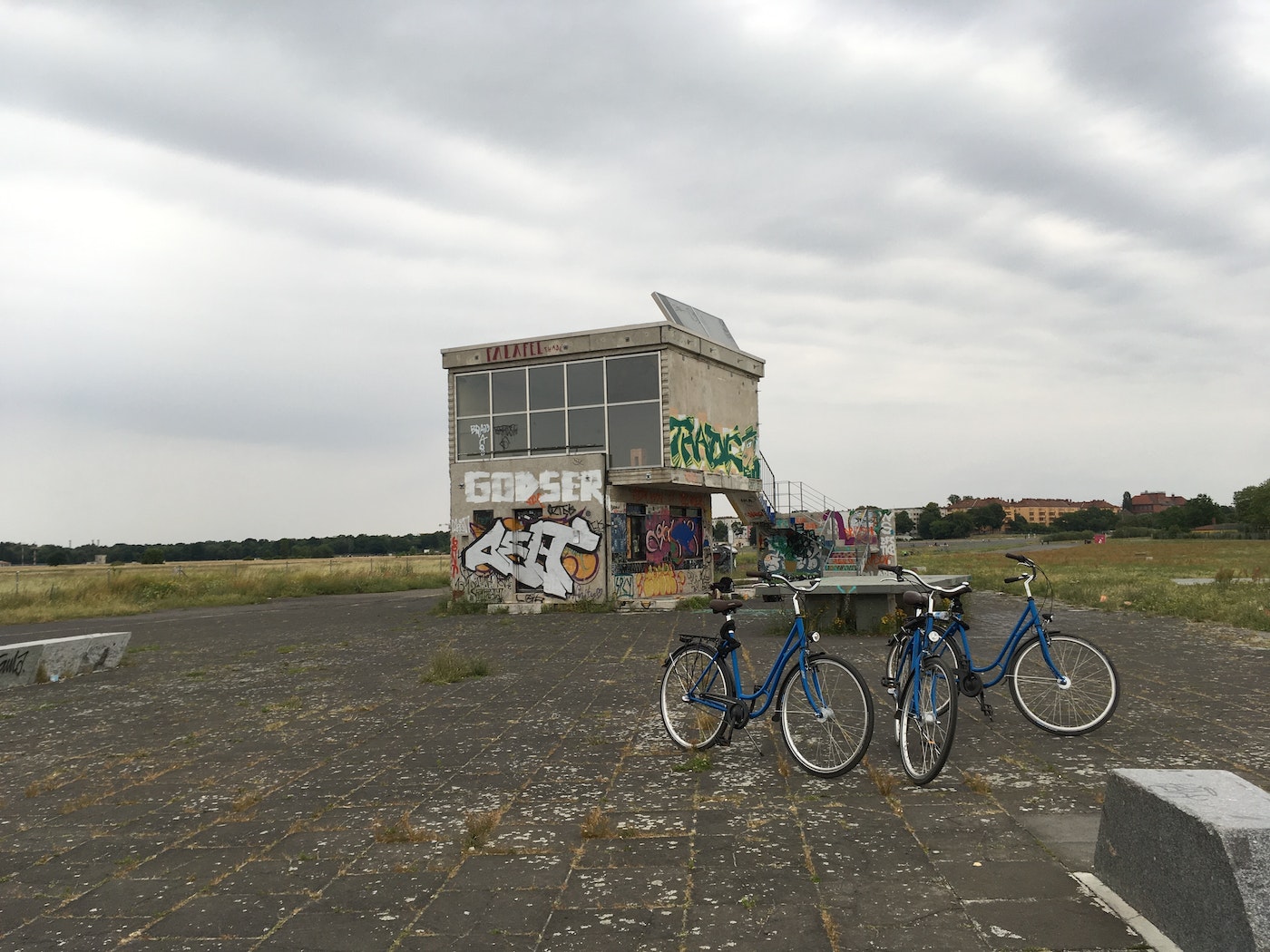 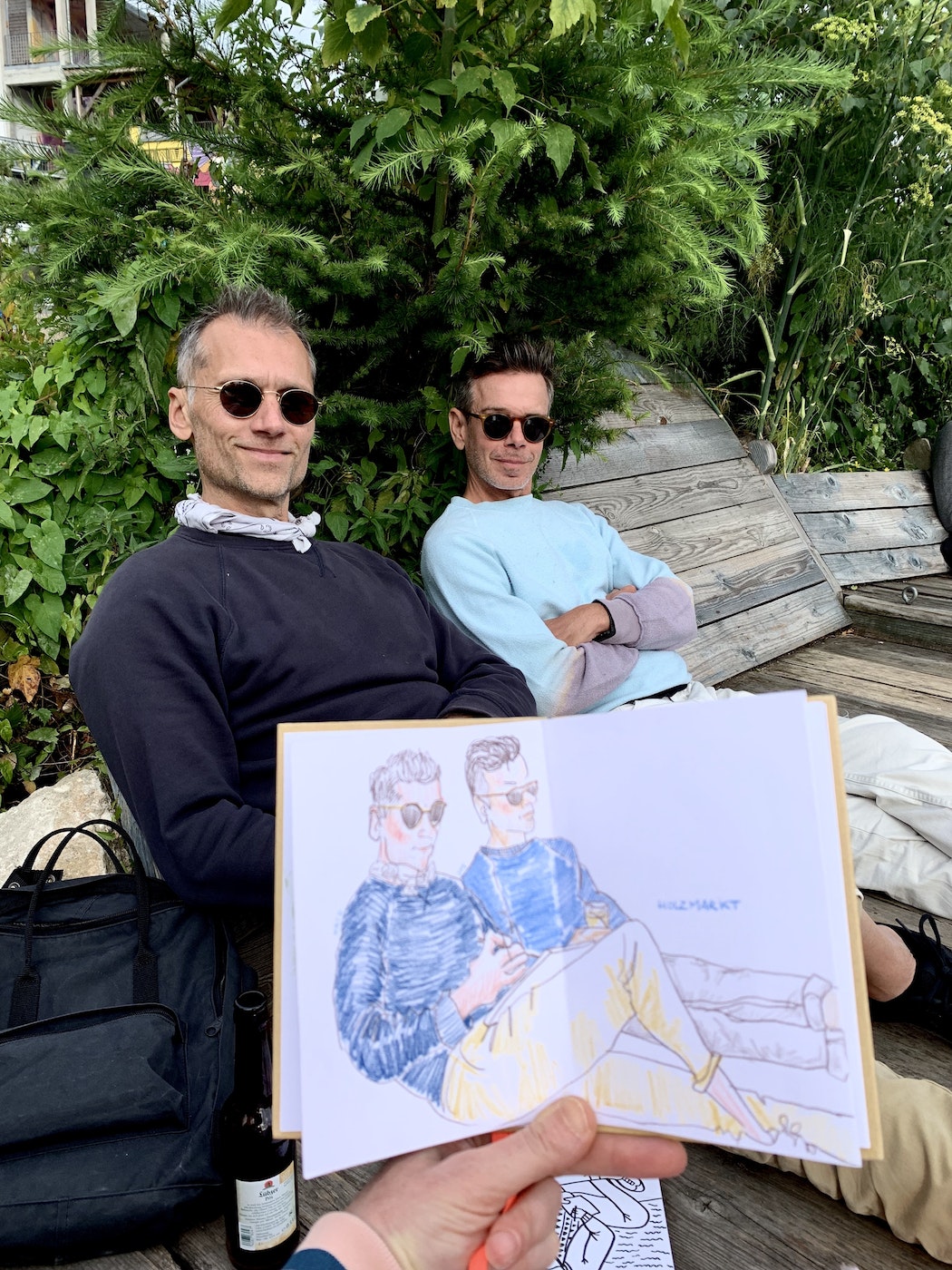 It tastes like more!
After this fun sketch weekend, I feel inspired to do this more often – not necessarily flying anywhere for it, but I could totally do this in Amsterdam: figure out a route in the city with some buildings (or other types of landmarks, or even just favorite coffee places) and follow the route, stopping and sketching for a bit, making a bunch of drawings, recording the sightseeing adventure.

What kind of sketch adventure could you plan on doing?

It doesn’t have to be a big project – you don’t necessarily need to fill an accordeon sketchbook (although you could if you wanted to!); it can be a mini-adventure of a couple of hours, using a small sketchbook for a few sketches, your ipad, or even just loose pieces of paper.

You can also sign up for the Urban Sketching kourse at Sketchbook Skool. A bunch of people are starting this week, so online you’ll be surrounded by supportive sketch pals!

Hi I'm Koosje. I'm an illustrator and art teacher in Amsterdam, where I was born and raised. I went to school to study graphic design, then worked for ten years as an award-winning professional photographer. But eventually my love of drawing and painting took over and I became an illustrator. My illustrations have been published in many Dutch magazines and in 2011, I began blogging and started developing and teaching online art classes. In 2014 I founded Sketchbook Skool, which is a flourishing community of artists from around the world of all skill levels. View all posts by Koosje Koene